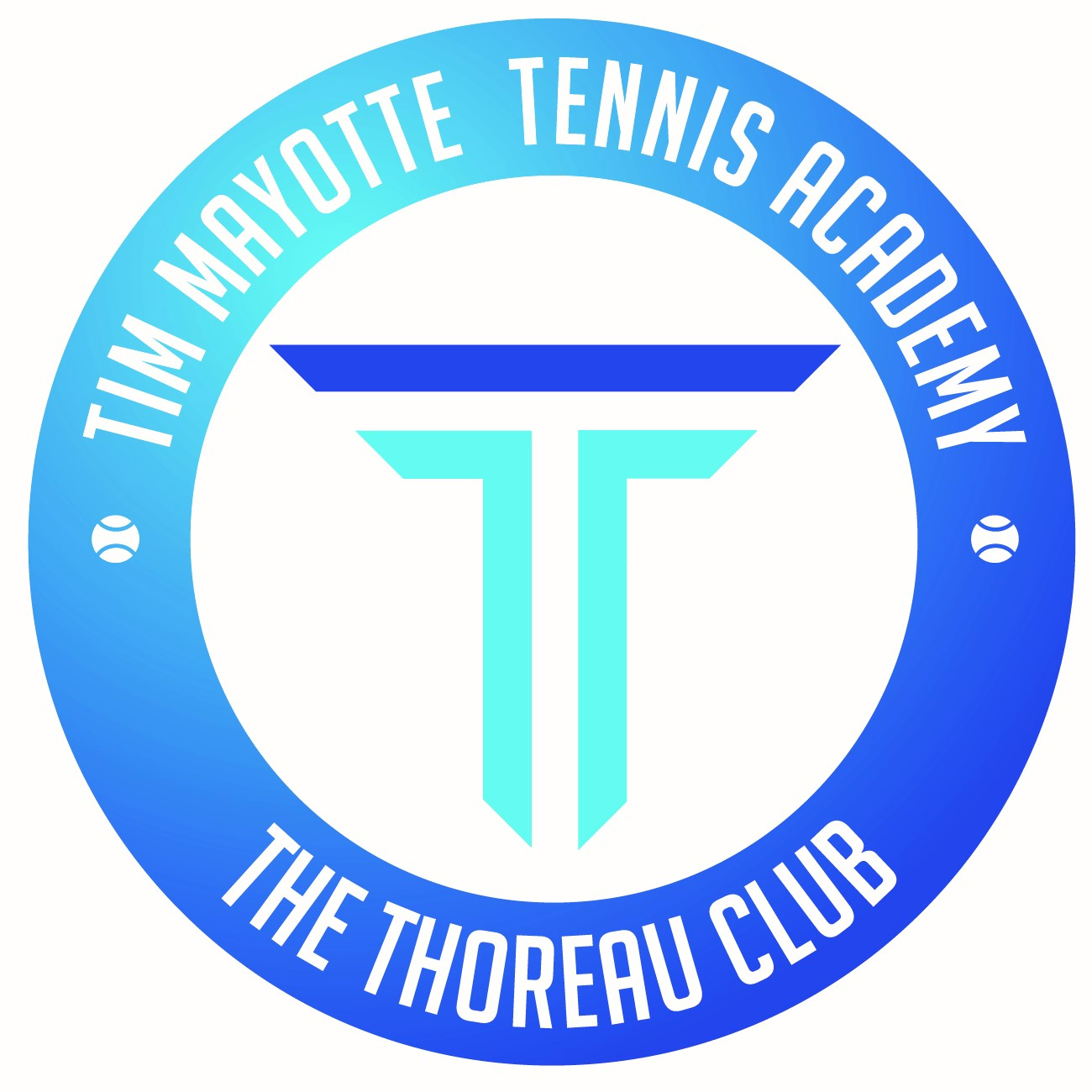 Concord, Mass.- May 30, 2018—The Thoreau Club announced today that Tim Mayotte, Wimbledon Olympic Silver Medalist and Top Ten ATP player, will direct the newly created Tim Mayotte Tennis Academy at The Thoreau Club for high-performance tennis players, ages 10 to young pro. Tim will not only direct the coaches, but will be on-court working directly with players. Player tryouts will take place in June for the Fall 2018 season.

Mayotte, with a career-high singles ranking of World No. 7, is considered the best tennis player ever to come out of New England and is determined to develop more New England players with that distinction. He transitioned to coaching 15 years ago, determined to create an exceptional tennis training program to make U.S. tennis players more competitive on the world stage. In somewhat of a homecoming, Mayotte, a native of Springfield, is back in Massachusetts doing what he loves most—coaching future world-class ATP-WTA tennis champions.

"It's a dream come true to be back in Massachusetts and launching the Tim Mayotte Tennis Academy. The entire team at The Thoreau Club shares my passion and vision to rethink how tennis is taught, in order to develop the champions of tomorrow. I look forward to training motivated, talented players from across New England, on and off the court," said Tim Mayotte, Director of the Tim Mayotte Tennis Academy at The Thoreau Club.

"We are thrilled to partner with Tim to create the Tim Mayotte Tennis Academy at the Thoreau Club. Tim is working closely with our coaches to design a comprehensive training program that will be customized to each player's needs and abilities. No where else will junior high-performance tennis players have the opportunity to be on the court and learn from a former Top-10 ranked tennis pro," said Massimo Policastro, director of tennis, The Thoreau Club.

The Tim Mayotte Tennis Academy at The Thoreau Club offers individualized coaching and high-performance training for junior players to develop the skills needed to compete at the highest levels. The Academy is exceptional for its coaching staff and approach, its facilities and the opportunity for players to train and compete with other high-level players. Every player receives a personalized program based on their individual skills and needs. Tim and other coaches will identify and accompany players on tournaments. Because the Tim Mayotte Tennis Academy is located at The Thoreau Club, players will have access to the facilities and services available on the Club's campus. Transportation to and from Concord will also be available.

Junior players interested in trying out for the Tim Mayotte Tennis Academy in June should contact Massimo Policastro, director of tennis, The Thoreau Club at massimo@thoreau.com or 978-831-1205.

Mayotte was a tennis phenom in the 1980s and 1990s, winning 12 singles titles and 1 doubles and beating every great of his era including Agassi, Sampras, Becker, Connors, Wilander, Edberg, and McEnroe. He spent most of four years inside the ATP Top Ten. He was a semifinalist and five-time quarterfinalist at Wimbledon and he reached the semifinals of the Australian Open. At Stanford University, he won the NCAA Singles crown in 1981. Mayotte won his first top-level professional singles title in 1985 at the inaugural Lipton International Players Championships (now known as the Miami Masters). He won the men's singles Silver Medal at the 1988 Olympic Games in Seoul. His best performances in the Grand Slam tournaments came in reaching the semi-finals at Wimbledon in 1982 and the Australian Open in 1983. He also reached the quarter-finals of the U.S. Open in 1989.

Mayotte served as President of the ATP Players Council as well as serving on the ATP Board of Directors. Over the last fifteen years, Mayotte has been coaching top juniors and pros including Louisa Chirico (as high as #60 WTA), William Blumberg (No #2 2017 college player in the nation), as well as multiple No #1 ranked junior players here in Massachusetts.

About The Thoreau Club

Copyright ©2021 by Thoreau Club. All Rights Reserved.  Private Golf Club sites by MembersFirst  |  Terms of Use  |  Privacy  |  Request My Information